Have you ever paddled in a kayak? I have a few times. I was mostly paddling along the rivers with a current helping me out. What is more, there were always two people in the kayak. When I had to paddle across the lakes where the strength of my muscles only could make the kayak move I felt like a conqueror of the seas and oceans (and was thinking to myself – why this damn thing doesn’t have a sail!). My paddling mostly looked like this: 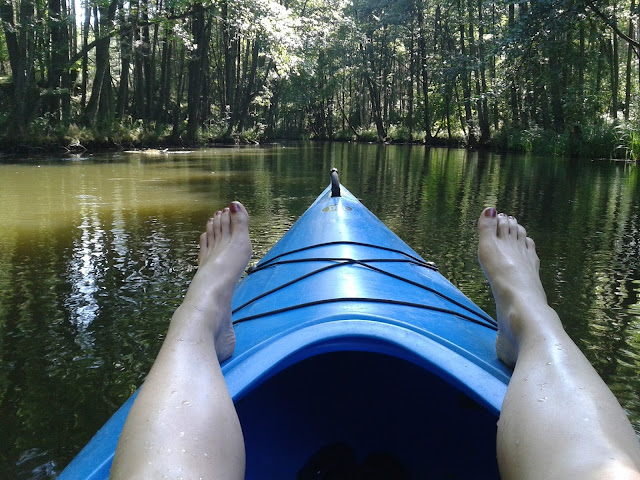 My most difficult fight with nature was while crossing one of the lakes in Kaszuby region in Poland. The wind blew with a frightening speed (like Beaufort scale 2), the waves were huge (half the height of my kayak), my muscles exhausted after an extended strain (two days of paddling), the distance to paddle was unbelievably huge (around one kilometer). The wind and waves were pushing my kayak off the way. I couldn’t stop paddling if I didn’t want to be pushed to the other side of the lake. After paddling it across I was so proud of myself, but also happy that I won’t have to keep a paddle in my hand for some time. And I promised myself quietly that next time I’ll take a sheet to my backpack and when in need, I will make a spinnaker out of it (a kind of sail which inflates like a balloon and does a great job in pulling the boat forward when the wind is strong :))

And that guy paddled across the ocean. THE OCEAN.

Twice. He crossed the Atlantic in its narrowest and widest place.

Aleksander Doba and his kayak Olo (which is a Polish cute diminutive of the name Aleksander) during his last journey from Lisbon to Florida travelled 12 427 km in 167 days. With no engine, no sail, or even no sheet hidden in the backpack. With no other company. Only Aleksander, Olo and the ocean. During this time they survived eight violent storms, traversed the Gulf Stream and managed to get out of a trap of unfavorable winds in Bermuda Triangle.

It happened that despite a whole day of paddling the kayak didn’t move forward, but was pushed backwards by the current and wind. Let’s imagine this. Exhausted Mr. Aleksander after numerous hours of paddling realizes that instead of getting closer to his destination he is even further. And the next day again. And again, and again… It can break one down, can’t it? Mr. Aleksander didn’t break down. In order to boost up his morale he ate a bit of his wife’s jam and kept fighting to reach his goal. Which he finally did and was awarded with the title of Adventurer of the Year 2015 by National Geographic.

What an unbelievable strength of character.

Or an unbelievably tasty jam 🙂 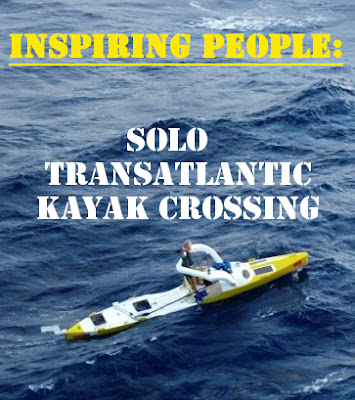 You may also like:
Inspiring people: A 90-year-old with the biggest proverbial balls you have ever seen
Share this...

About Successes And Failures #2 – My Personal Sum Up Of 2017

5 Surprising Reasons To Learn Foreign Languages (Other Than English)